Extensive Mediterranean grassland ecosystems play a major role in biodiversity conservation. They also supply fundamental environmental services for human welfare. However, they are now undergoing a simultaneous process of intensification and abandonment, and are also affected by climate change, which can compromise their resilience and ability to provide these services.

The core objectives of this project are to define the processes that permit the species’ coexistence and ascertain the environmental and biotic filters that explain the composition of the grassland communities and their response to two of the major driving forces of global change: changing land uses and climate change. To do so, we will use observational data along climate, livestock grazing and productivity gradients. We will assess the response of functional and phylogenetic diversity in herbaceous plant and ant communities, and their effects on several environment-based services: soil fertility and stability, and palatability of grass species. 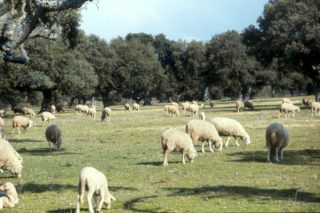 The main study area will consist of the grasslands in the centre of the Iberian Peninsula, along an altitudinal gradient in the Sierra de Guadarrama area (600-2400m asl). We will also conduct controlled experiments to test hypotheses about the role of phylogenetic and functional diversity of communities and certain functional traits in their response to major environmental filters. Finally, new methodological tools will be developed to study functional diversity patterns in communities. These tools will be released to the scientific community in the form of open source code in the R language. The project will be conducted in collaboration with other national and also international research groups.

Welcome to the website of the Terrestrial Ecology Research Group, part of the Autónoma University of Madrid’s Ecology Department.

Our motto, Tergo complicandi, is a wry reminder that finding the answers to the questions posed in ecology is backbreaking work.